Atkins Diet Vs. Keto Diet: What is the Difference? 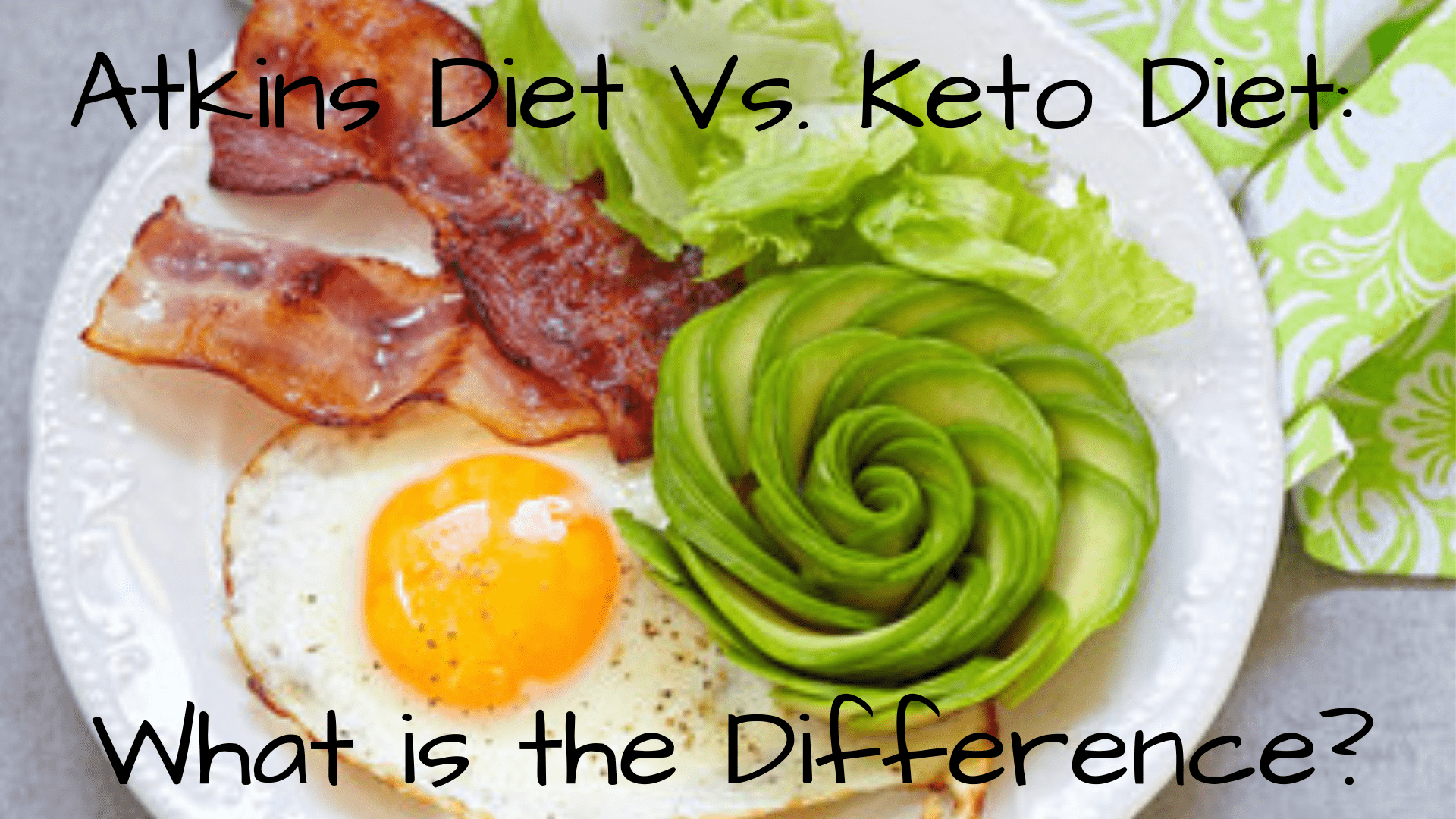 To many people, Atkins and the Keto Diet are the same. To the loyalists on either side, one is far superior to the other. Of course, there is also the truth that while they are similar, there are critical differences between the two. If you are considering either one, it is essential to know these differences and how they may affect you.

While the Atkins Diet became more well known before keto, the Keto Diet did come first. Ketogenic diets were introduced in the 1920s to combat epilepsy. Dr. Atkins introduced  “ketosis” to the general public in 1972 in his book, Dr. Atkins’ Diet Revolution. The book discussed a simple principle, to burn fat, reduce carb intake to force the body into ketosis, or fat burning phase.

Besides weight loss, the Atkins Diet has several health benefits. The Atkins Diet helps control blood sugar levels which is suitable for people with diabetes. Also, the diet avoids processed foods and added sugars when followed. The Atkins Diet is also much less restrictive in diet choices over a strictly followed Keto Diet. With Atkins, there is little need for calorie counting as with most diets. Additionally, people tend to feel less hungry than many traditional diets. The more strict a menu, the harder it tends to be to stick with long term.

In 2002, a Duke University study showed most people eating an Atkins-type high-protein, low-carb diet for six months lost 20 pounds. Additionally, both LDL(bad) and HDL(good) cholesterol levels dropped despite the high-fat content. A critical factor in Atkins is you return to a more balanced diet that is much safer for life.

While these are all excellent benefits, we should note that reducing your body weight in any form will also gain these same benefits.

The cons of the Atkins diet outweigh the pros by a fair amount. Short-term use of the Atkins Diet is unlikely to be very harmful. A primary concern of the Atkins Diet is as people enter the final phase of the plan, they tend to move back to their old habits and gain the weight back.
Some of the early drawbacks include a headache, dizziness, weakness, fatigue, and constipation. But, many lifestyle changes, especially in diet, have similar effects.

A key issue is in people who cut out coffee. People who stop drinking coffee as Atkins suggests suffer many of the same symptoms as well. Most of these issues are temporary and not a health issue.

Long-term effects are more concerning. “Low-carb diets are linked to increased frequency of colon cancer, the formation of kidney stones, kidney disease, and even osteoporosis,” says Neal Barnard, MD, president of the Physicians Commission for Responsible Medicine, a nonprofit research group based in Washington. “The weight loss you see in low-carb diets isn’t all that much better than what you see in studies of low-fat, vegetarian diets.”

In short, the primary issue with Atkins long term is the usual problems associated with high fat and red meat diets. While fat is not as harmful as once thought, a steady supply of high-fat foods can cause long-term kidney damage. With a more strict following of food selection and a transition to the more balanced long-term approach, Atkins can be sustainable long term.

The Ketogenic Diet, while it is new in popularity is backed by almost 100-year-old science as a treatment for epilepsy. A key difference from Atkins is while Atkins is more balanced. the typical Keto Diet is 80% or more pure fats, a small amount of protein and almost no carbs. The goal is to deliver a state of ketosis, which is a metabolic state of enhanced fat burning and greater ketone levels. Ketones are molecules that replace glucose from carbs. The fewer carbs in the diet, the faster you reach a state of ketosis.

There are many benefits to your body hitting a state of ketosis. Also to all the benefits listed above for the Atkins Diet, a Ketogenic Diet has been shown to improve brain health. Being the Keto Diet began as an epilepsy treatment, it shows the Keto Diet can improve epilepsy on levels equal to many medications. More recently a Ketogenic Diet is being studied for its benefits in treating  Alzheimer’s and Parkinson’s disease. Studies on animals suggest that keto may have anti-aging, anti-inflammatory, and cancer-fighting benefits.

People on a long-term Ketogenic Diet have been shown to maintain their lower body weight much better than people who use the Atkins Diet long term. This is likely due to a more strict Keto Diet often stays consistent over the long term with fat carb and protein levels. Atkins becomes more liberal in restrictions over time.

Again, many of the downsides of Atkins are also present in a Keto Diet as they are similar in lifestyle. All the same short-term problems with Atkins also happen with Keto. Besides to constipation, more often people starting a Keto Diet have diarrhea. This is due to the overexertion of the gallbladder unable to process the massive amounts of fat. Also, the lack of fiber from almost no carbs can also cause this.

Some people swear by increased energy and athletic performance. Comparative studies show people tend to perform worse after four days on a Ketogenic Diet, compared to those who’d spent four days on a high-carb diet. Additionally, extreme change often results in a loss of muscle. If the weight returns after halting the intake, it is most often not proportional to the loss which makes you even at a similar or lower weight.

For people with diabetes, and even occasionally with healthy people, keto can trigger ketoacidosis. Excessive ketone production in the blood can become too acidic. Ketoacidosis can damage the liver, brain, and kidneys and even be fatal if not treated.

While the Atkins Diet has a more balanced long-term plan, the Ketogenic Diet does not. So any long-term use of the program is going to have serious potential health risks.

The Ketogenic Diet is beneficial in the long term for treating epilepsy and other brain disorders. Long-term effects of sustaining the diet are impractical and dangerous. The Atkins Diet, while also having some potential long-term drawbacks appears to be a safer and more manageable solution.  The added risks as a result of both are important. The ideal long-term plan for weight loss and health is the old standard portion control and exercise.

5 Signs You’re Testosterone Deficient & What to Do About It

Everything You Want to Know about Creatine Side Effects

This is the reason you Should Never Avoid Protein !